The New Holodomor - The Genocide by Starvation Perpetrated: We Are in the Beginning Stages of the Worst Global Food Crisis That Ever Seen Before 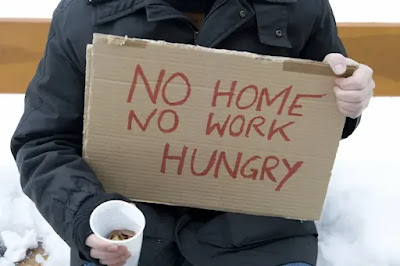 The inflationary game being played by the evil U.S. government and the rest of the West, is more dangerous than most Americans could ever imagine. It has implications that reach to the core of the attempt to form a ‘new world order,’ to such an extent as to possibly be the final nail in the coffin of freedom. This tactic is part of the planned destruction of economies, the elimination of cash to affect a cashless society in favor of a digital monetary monstrosity. This will lead to a vast social credit scoring system based on the China model; supported, funded, and built with full U.S. complicity over time. Central bank money printing has been the mainstay of this trap, and continues to go full speed ahead as prices for food, goods, and services continue to escalate beyond imagination. Consider that this is just the beginning of a purposely structured hyper-inflation that is meant to bring this country to its knees.

After the past two plus years of lockdowns, quarantine, mandates, threats, false testing, bioweapon injections, family destruction, economic hell, and state murder, the plot of world domination is being further advanced by a single claimed war between Russia and Ukraine, where all players it seems, are working together in an effort to begin a new era of famine and monetary Armageddon. This of course is no accident, but has been accepted as credible by much of the world, especially the ignorant and indifferent American public. The rest of the carnage constantly taking place around the world at the hands of the U.S., NATO, and others is virtually ignored in favor of only supporting Ukraine, a state fully controlled by the U.S. Forget Yemen, Syria, Africa, any continued war crimes in Iraq, and Afghanistan, Israel’s savage assault on Palestine, brutal sanctions against many sovereign countries, mostly at the hands of the U.S. and NATO, and all the other atrocities being levied against millions of innocent people everywhere. It is now in vogue to only support Ukraine in the U.S. false flag event called the Russia/Ukraine war; a conflict purposely and knowingly structured as a way to weaken Russia, while at the same time being the tool used to starve the world of food and energy.

This is only the tip of the iceberg however, as continued state ‘emergencies,’ wars and proxy wars, depopulation, depravity, poisonous injections, more claimed ‘viral’ attacks, mass inflation, supply line manipulation, and monetary chaos will be forthcoming. Of this you can be assured, as the never-ending assault on humanity continues without pause. There are some who claim that the ‘pandemic’ is over, and freedom has returned, but how can freedom return when it did not exist in the first place, especially in this environment of immense control?

The monumental slide into tyranny became obvious; all-consuming and heinous, during the last two and a half years, but our freedom has been under attack for long before the fake ‘virus’ scam. Our history has been sculpted to fit a particular narrative, destroyed before our eyes, and rewritten over and over again, while in the process, real history has been erased from memory. The struggle for freedom has been ongoing since the beginning, and in reality, freedom has always not only been elusive, but non-existent from any standpoint of understanding genuine liberty. Going “back to normal,” as in before 2020, is not normal at all, it is the idiotic and confused notion that freedom suddenly ended at that time, when in fact, it ended long ago due to this population allowing it to happen in the interest of collective insanity, consumption, cowardice, and no regard for the future.

Does anyone even remember the false flag attack called “9/11,’ an inside job to be sure; the Patriot Act, the elimination of privacy, mass government surveillance and censorship, maiming, torture, brutal murderous wars on innocents, and at the time the most aggressive government attack against freedom to date? Going back another hundred years, what about the creation of the abhorrent U.S. Federal Reserve and nationalized central banking, World War I, the Great Depression, World War II, Korea, Vietnam, the ‘War on Terror,’ the U.S. slaughter of people worldwide, the purposely caused banking ‘crisis and bailouts of 2008, and the ongoing devastation of society at the hands of the political class and its enforcers? We could go back much further as well, but the point has been made that the loss of freedom occurred continuously over time, as is always the case when government over people is allowed to exist.

Here we are today discussing the most recent carnage levied against all of us at the hands of the government pawns who have been given power by the people voluntarily, and once again, the confused collective herd is begging for some very insane form of ‘normal.’ Will this blind and illiterate begging for freedom never end? Will the many ever understand that gaining freedom and holding it can only be achieved by acting as responsible individuals, and taking your own freedom; never asking the permission of false masters for it?

Related: How To Make The US Doomsday Ration at Home

Possibly, the last piece of the puzzle for attaining a world governing system bent on total control through draconian and technocratic authoritarian measures, is the destruction of this economic system, and the implementation of totally digitized monetary processes. In other words, centralized control of all money globally in a cashless society. By fabricating mass inflation, all ‘normal’ people, the bulk of society, can be priced out of existence to such an extent as to lose any ability whatsoever to endure without being completely controlled by the top tier of power; all enforced by the political powerful through social engineering and scoring due to the obedience level of each individual. This is what is sought by the ruling ‘elites,’ and what is getting so much closer to fruition.

Unbeknownst to most, inflation is fully caused by the central banking system’s printing money out of thin air. While other factors, and in this case, the Ukraine/Russia conflict, has lasting effects on prices due to manipulation by the political class, the bottom line is that the printing of money is the culprit of inflation. In the U.S., the Federal Reserve is the base cause of all monetary inflation. The result is higher prices of course, and with collusion and manipulation, prices can be further heightened due to political upheaval in the realm of purposely forcing by policy the curtailing or elimination of supply. Calls to end the Fed have been spot on, but the total abolishment and abandonment of the Fed is mandatory in order to stop the constant inflationary machine.

Inflation is most definitely a tool of tyrants, as control over money means control over people. We are in the midst of the highest real inflation in this country’s history, and considering that this will get much worse, what are the consequences? The government through its bureaucracies and fascist investment banking partners, already owns virtually every mortgage in the country. They are currently buying up through collusion with government, huge numbers of private homes all across the U.S. With much higher prices, the masses will be starved, and priced out of attaining life giving goods. They will lose their property to the state, including their homes, and as digital currency systems become the ‘new normal,’ control over housing and available capital to live will be only in the hands of the state. This of course means that this will become a captured slave society, and once in place, it will be nearly impossible to rectify this horrible state of affairs.

The Fed has stated that it will escalate the term and amounts of increasing interest rates dramatically beginning this month, in order to fix what they purposely created. In reality, this will crash the system. Remember, the total destruction of this and other economies is planned, so there will be no fixing this by political means. Dependency on your chosen masters is the goal, and control of the money through inflation and other methods will only result in the goal of successfully creating a dependent society. The Fed wants the collapse of economies and societies, so do not expect all to end well. It will not. Prices will continue to rise in the midst of already ludicrous increases, as the economy plunges into likely deep depression. No worries however, as you will own nothing, and be happy, as told to you by your own accepted masters!

“At the outset, the masses misinterpreted it as nothing more than a scandalous rise in prices. Only later, under the name of inflation, the process was correctly comprehended as the downfall of money.”

In this short VIDEO, I will unearth A lost super-food will bulletproof you against any food shortage or famine. It’s a food that vanished with the Incas over 6 centuries ago

My goal with “The Lost Superfoods” is to have as many American households as possible prepared with 3, 6 and even 1 year’s worth or more of long-lasting superfoods to survive a local emergency like a hurricane or a country wide disruption like a pandemic or a total grid collapse.

Here is just a small glimpse of what you’ll find in this massive 300-page sequel (in color) to “The Lost Superfoods”:

Popular posts from this blog

6 Practical Steps To Insulate Yourself From Societal / Economic Collapse

June 02, 2022
The prospect of a recession can be tremendously upsetting for many people. In fact, it’s been over ten years since Americans endured one of the worst recessions in history: the Great Recession of 2008, brought on by the housing market’s collapse. A recession is a prolonged era of several months to years during which a country or region suffers from a weak economy, high inflation, and lowered purchasing power of consumers. In financial terms, a country is going through an economic recession when the GDP (gross domestic product) is low, the unemployment rate is high, retail sales decline, and the manufacturing metrics fluctuate for an extended period. What Causes Recessions? There are clear and ambiguous causes of a recession. Numerous economists would differ over particular recession reasons and come up with explanations for why they might happen. There are a few traits that most recessions frequently share, even though no two recessions are the same. Recessions can have a variety of ca
Read more

THE UNHOLY ALLIANCE TO TRANSFORM AMERICA: What to do? The answer was obvious. Change America. Get her to join the community of nations with a proper attitude. 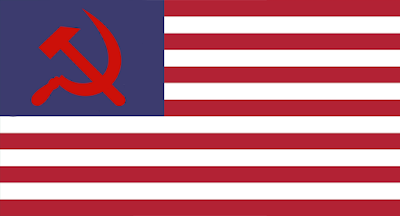 “The first step in liquidating a people is to erase its memory, destroy its books, its culture, and its history.Then have somebody write new books, manufacture a new culture, invent a new history. before long the nation will begin to forget what it is and what it was. The world around it will forget even faster. The struggle of man agasinst power is the struggle of memory against forgetting.” (milan kundera) When Communism “fell” in the late 1980’s, those who were busy scheming to impose global governance on the sovereign nations had a problem. Suddenly, the only super power in the world was the United States – the only nation on Earth based on the ideals of limited government, individual liberty and free enterprise. If American bedrock ideals of freedom took hold in the emerging nations of the old Soviet Empire, global governance was impossible. What to do? The answer was obvious. Change America. Get her to join the community of nations with a proper attitude. Force her to learn her
Read more